36 Year Old Patient lost significant breast volume after breast feeding and with weight loss. She describes her shape as “flat” and “pancake” like breast. This gal is very fit and athletic. She wanted to be full, yet not too bit to interfere with her youthful and athletic lifestyle. She has significant breast volume loss with glandular ptosis. This is a type off droopiness where the nipple/areolar complex is just under the fold and there is extra skin that droops down below the fold. A 450 cc high profile silicone implant was placed under the muscle. One of the side photos shows a steri strip. We recommend patients use the little strips (it is a type of paper tape) for one year after surgery to help the scar soften and fade.

38 year old patient.  She previously had very full breast prior to having kids and breastfeeding.  Nice shape before surgery, but obvious volume loss and very slight skin laxity.  The best way to pick an implant size is to accurately measure the breast.  Dr. Goldberg has the patient raise the arm and place their hand […] 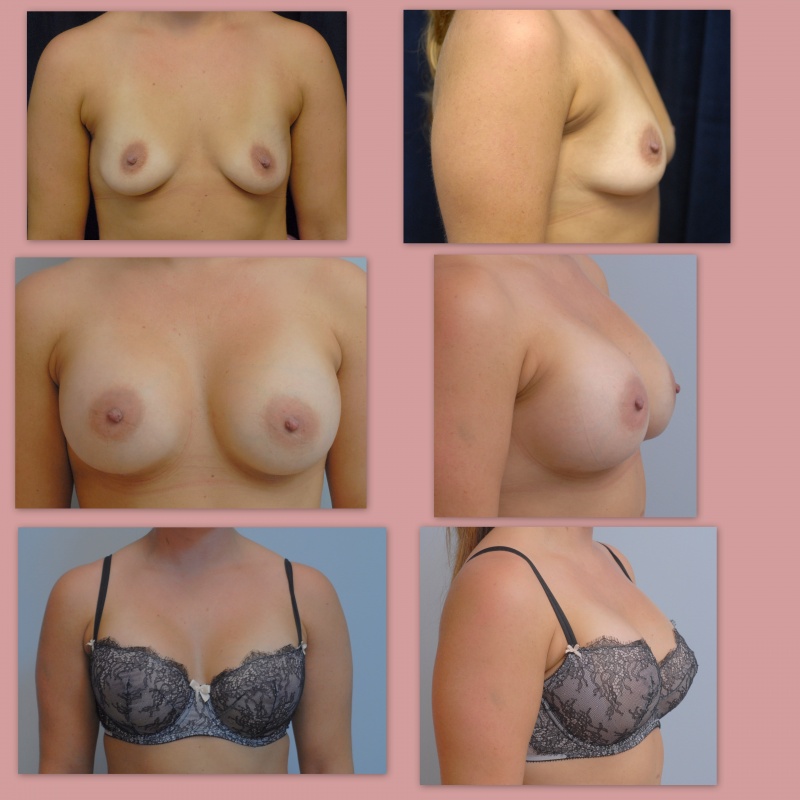 28 year old patient.  Considers herself to be an A cup.  Wanted to be fuller in C cup range.  Two children.  Nice breast shape,  mild glandular ptosis, or droopiness.  “Glandular Ptosis”   is where the lower portion of the breast sags under the bra fold with loose skin.  In mild cases such as this, a […] 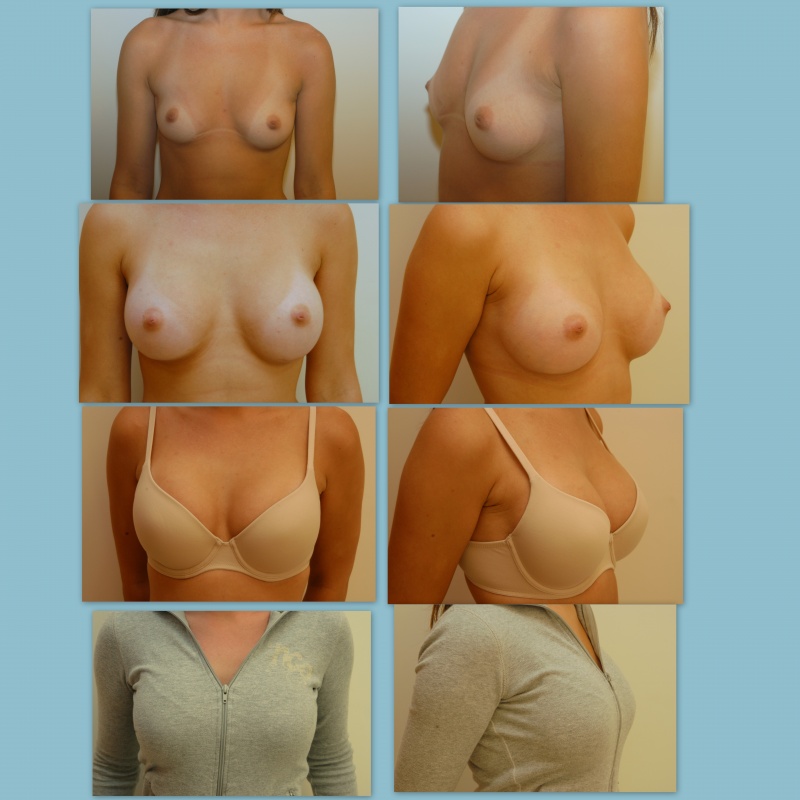 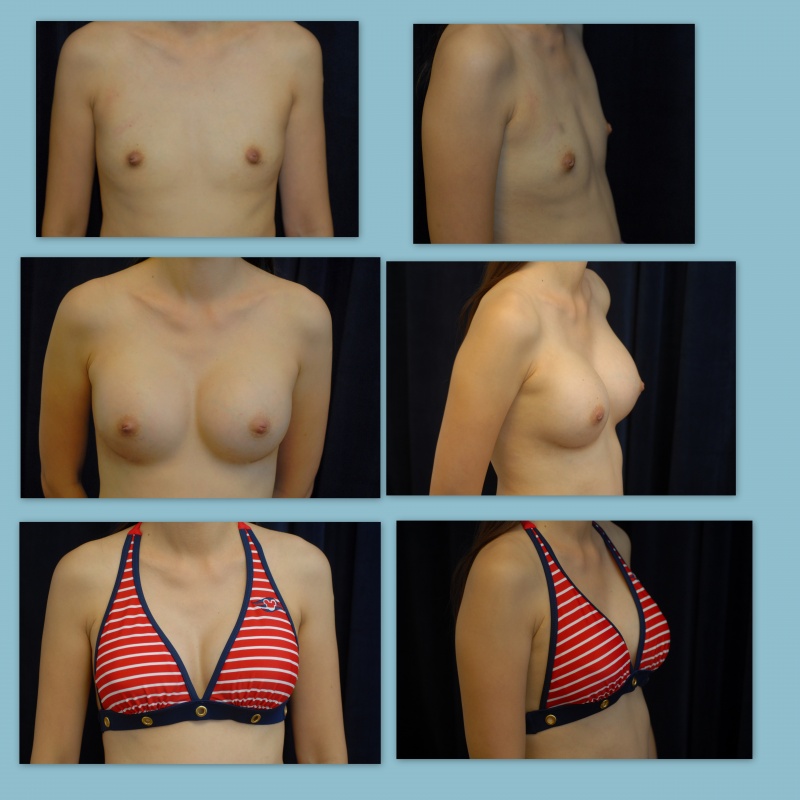 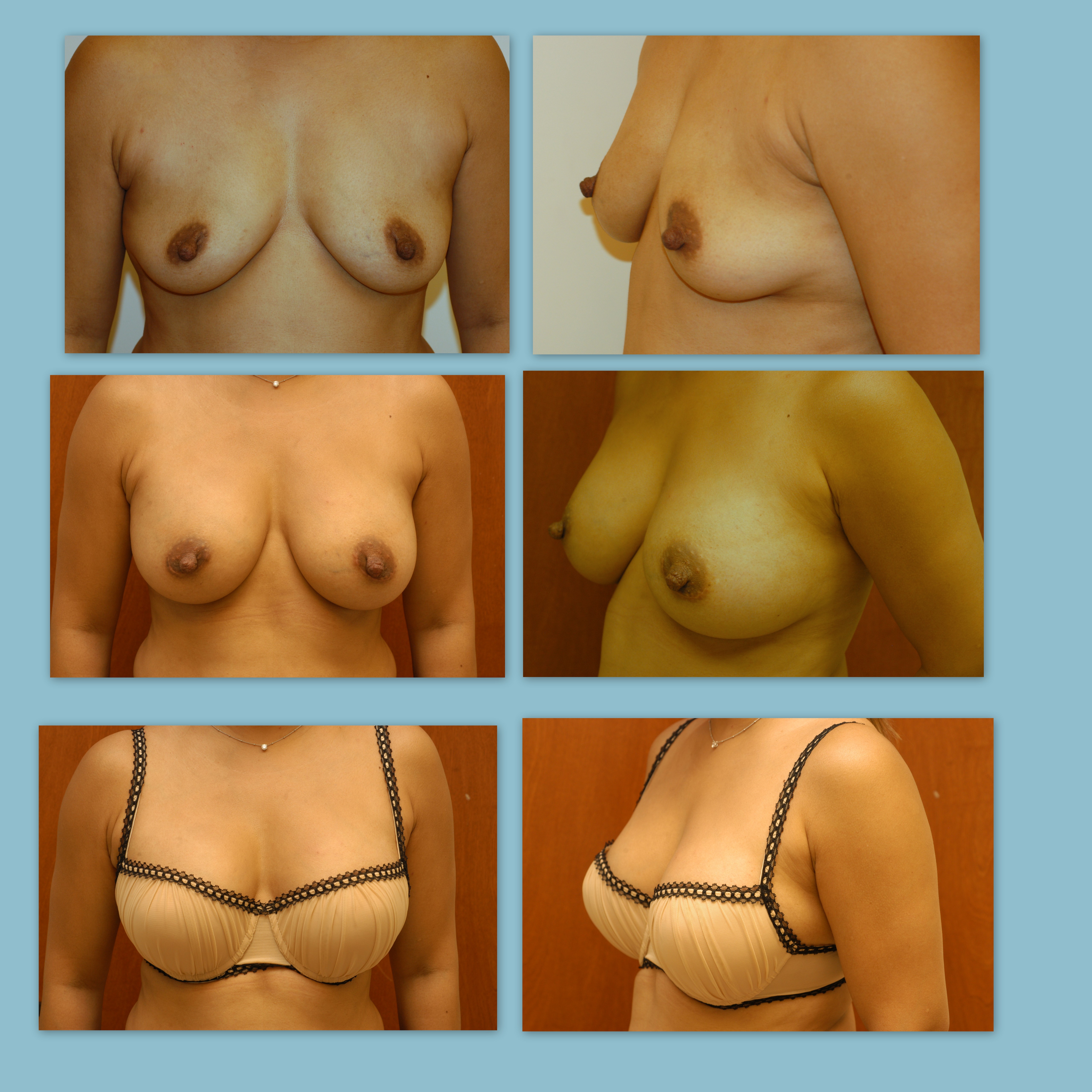 44 year old patient.  She breast fed 4 children and has significant volume loss, particularly in the upper part of her breast. She feels flat like a pancake. Her nipple position is okay, but some of the breast extends below the fold (pencil test) and this is called glandular ptosis.  Her current cup size is […] 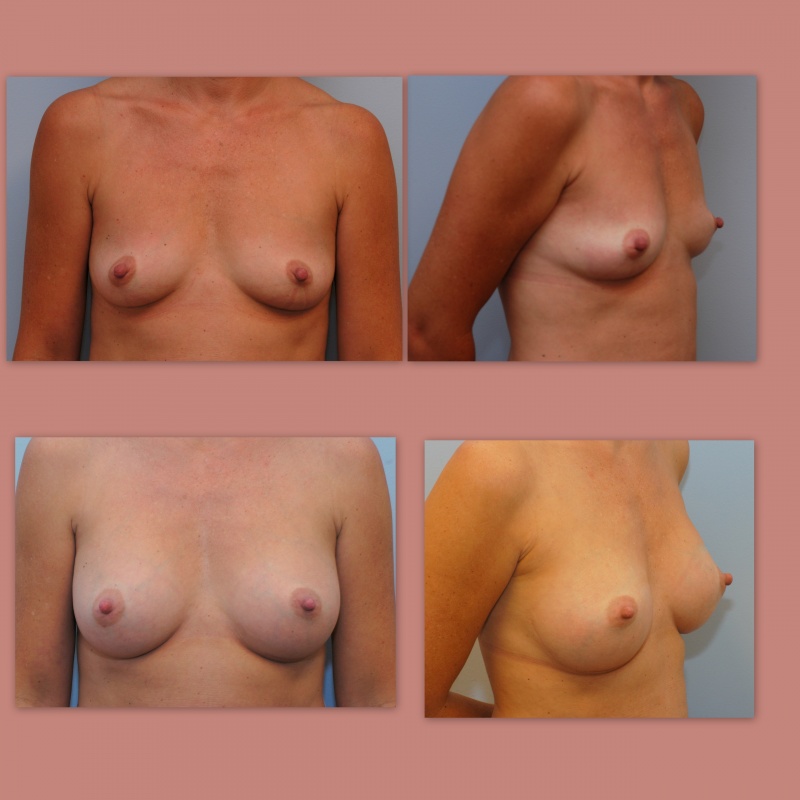 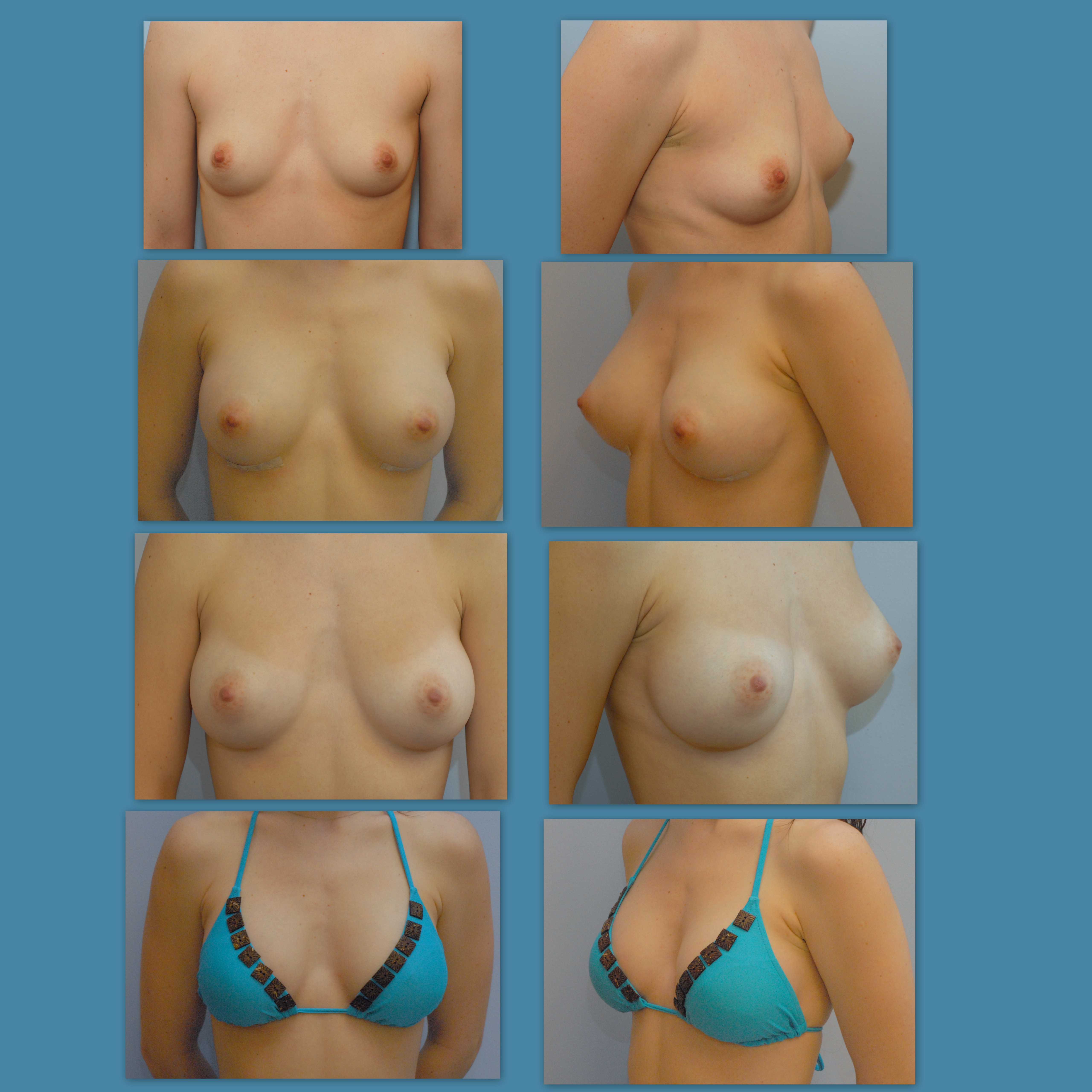 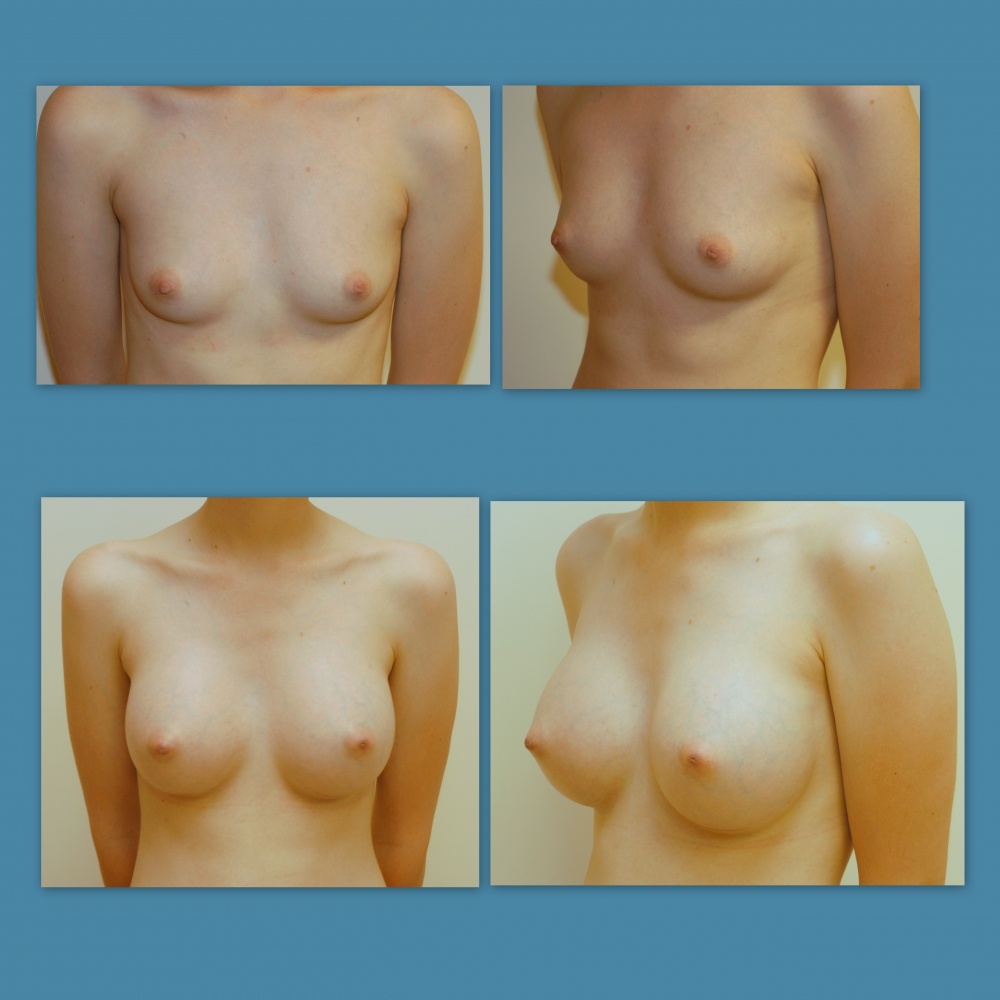 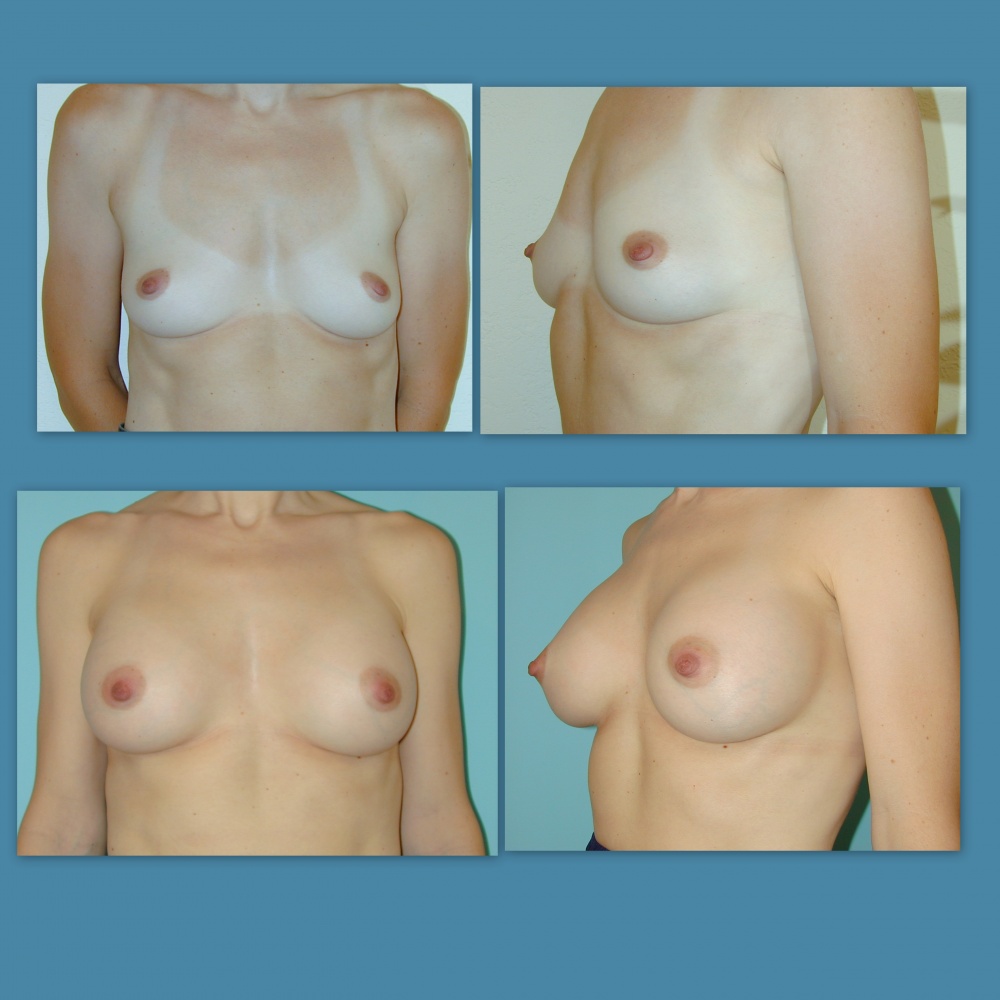 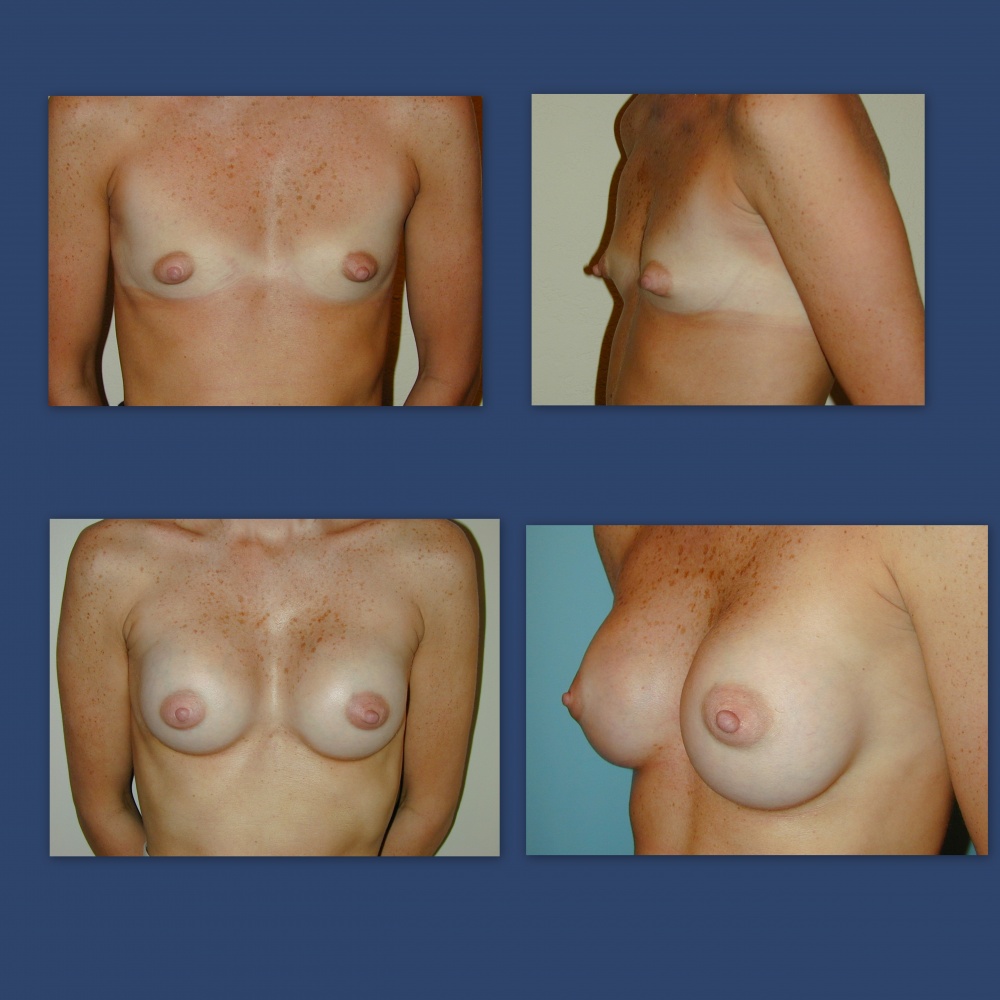 Athletic Patient who desires a modest increase in breast size. 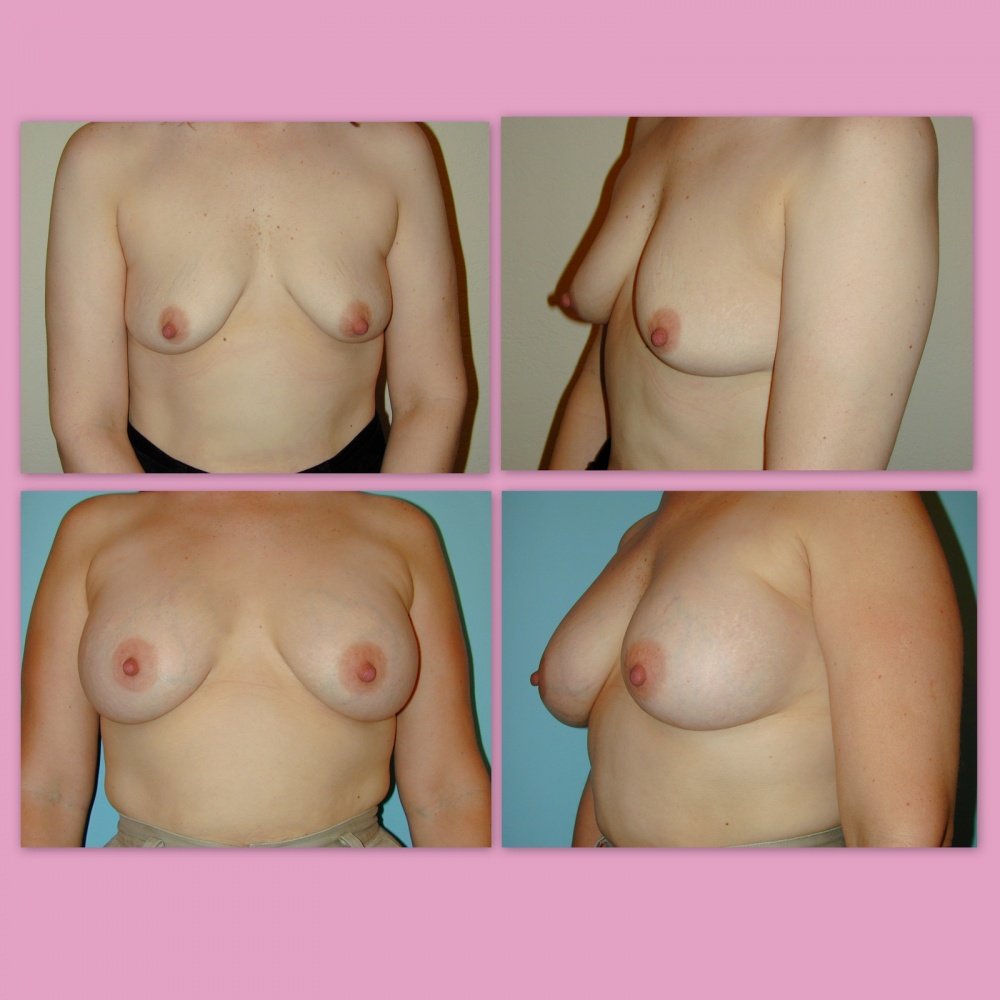 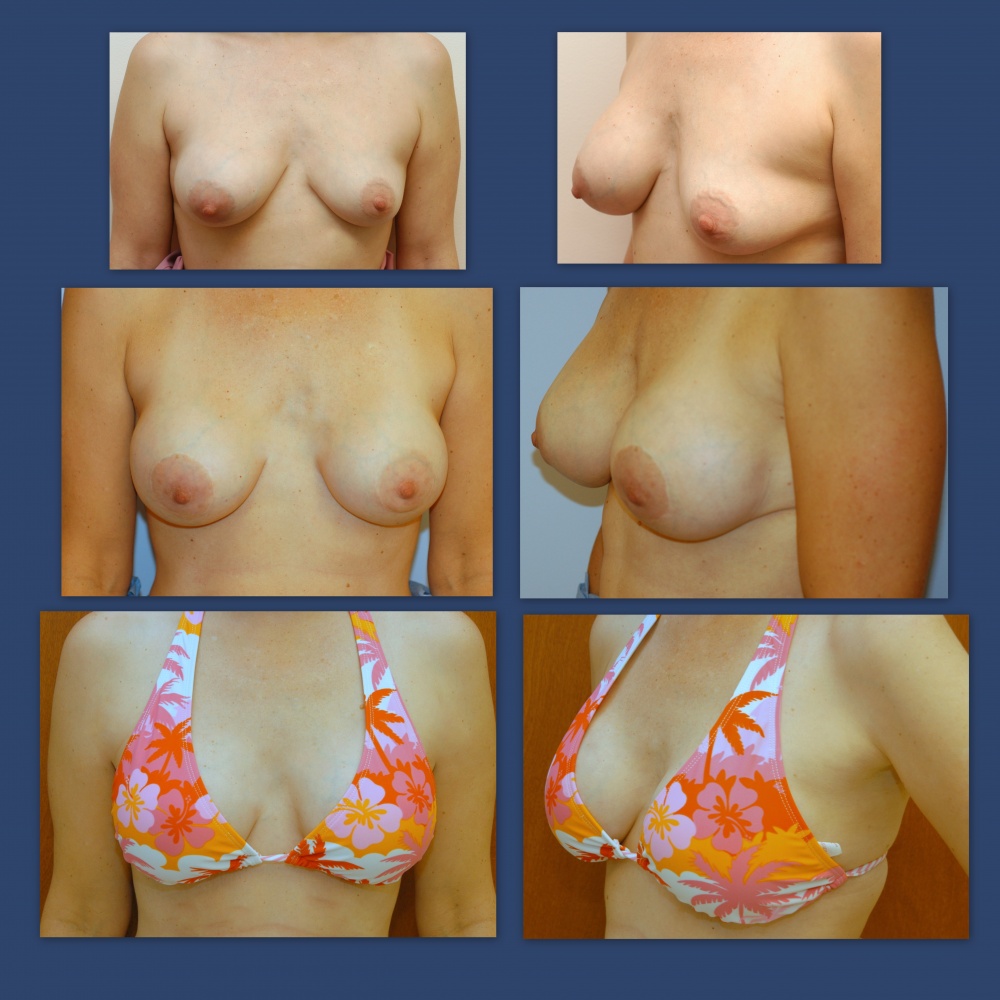 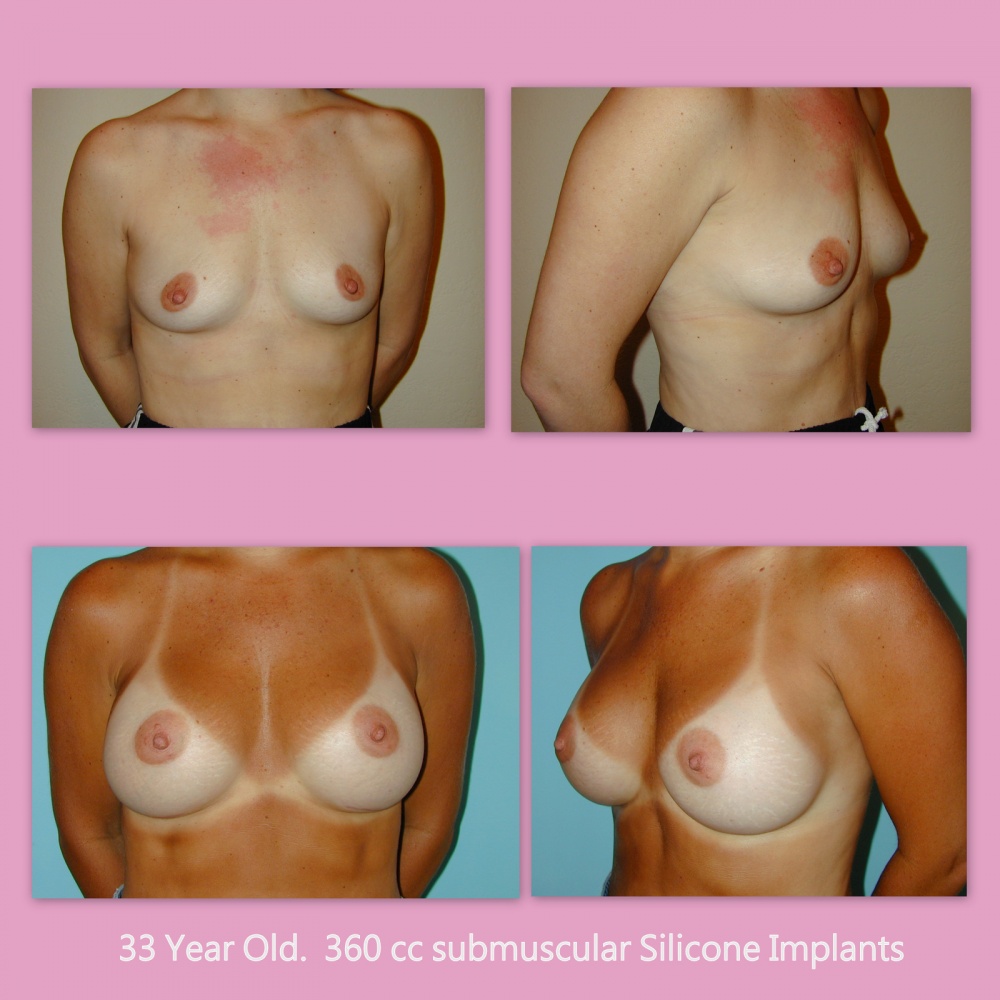 33 Year Old with Attractive Smaller Breast who Wanted to be Modestly Larger. 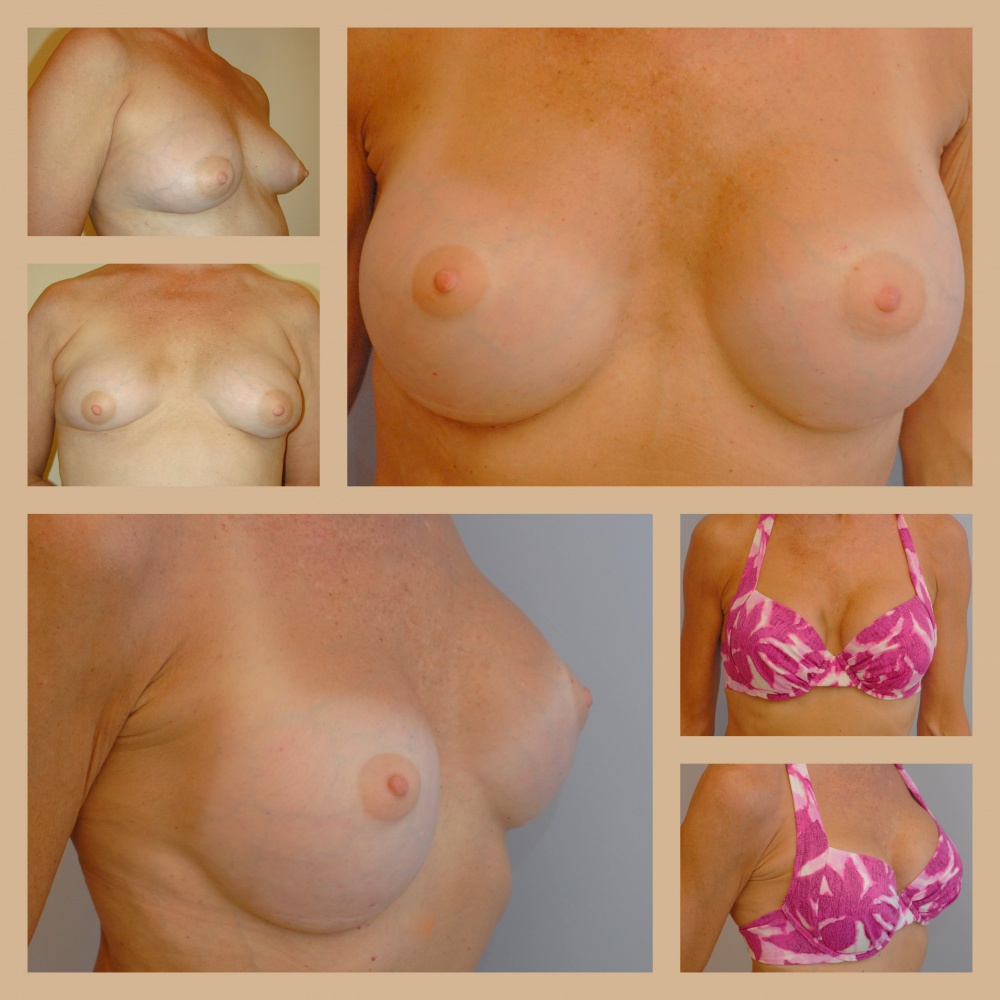 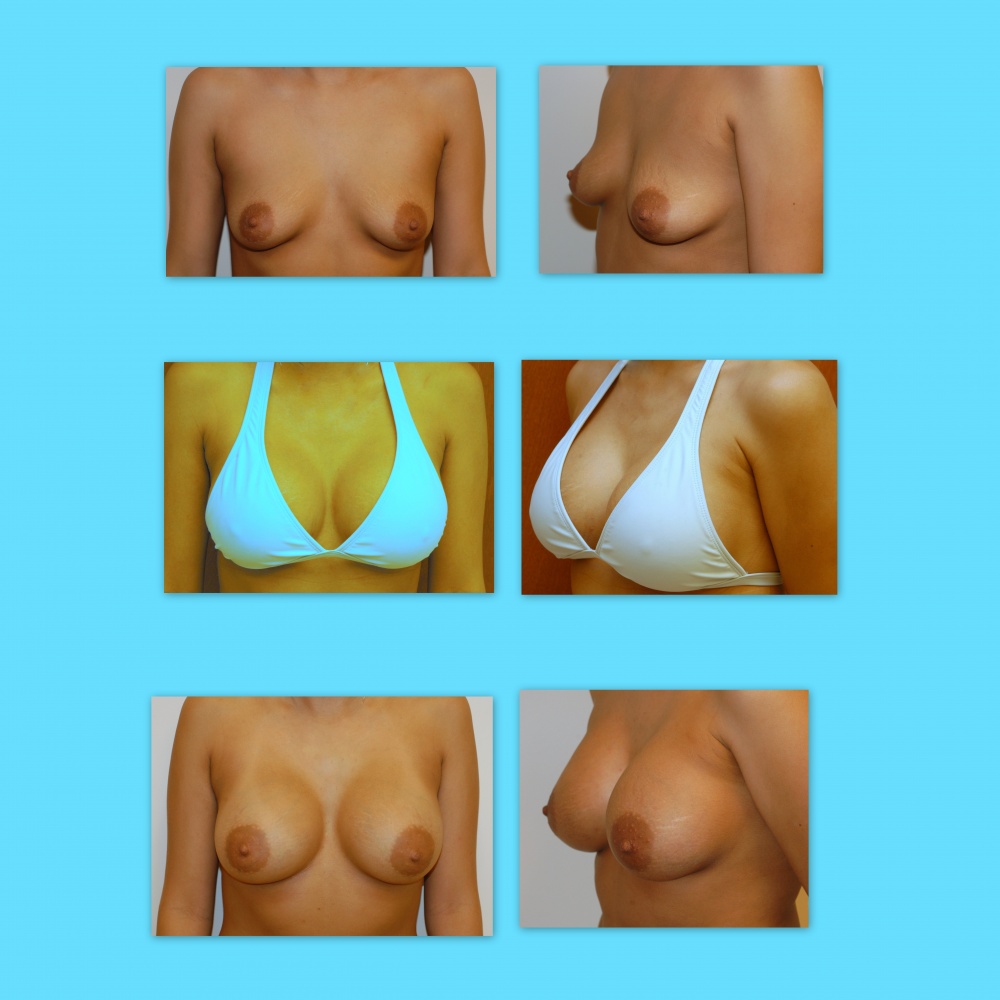